八九民運期間事跡介紹 Deeds during the 1989 Democracy Movement

Wang Nan was very concerned about the student movement and took photos at Tiananmen Square around noon every day. He felt that if no one recorded the precious historical moment through photographs, it would be hard to know the truth.

On May 17th, 1989, he and a classmate organized a demonstration for classmates to support the college students on hunger strike.

On the night of June 3rd, 1989, with the wish to “faithfully record the historical footage”, he left home with his camera and red motorcycle helmet and rode straight to Tiananmen Square.

因鄧小平6月9日講話指學運是「反革命暴亂」，火葬場接到命令，死者必須甄別才能火化。王楠家人幾經交涉，後因王楠父親王範地（2017年12月8日心臟衰竭離世）是「九三學社」成員，由北京市統戰部通過市委與有關方面交涉才准許火化，但火化證的致死原因卻寫是「在外死亡」，政府企圖掩飾真相。（見展品3）
The bullet entered Wang’s upper left forehead and came out through the left ear, leaving a hole at the back of the motorcycle helmet (Exhibit 1).

According to the investigation by Wang Nan's family, after Wang Nan was shot, the rescue team asked to send him to the hospital for emergency treatment. The martial law troops refused and only allowed bandaging on the spot.

Wang Nan's relatives and friends searched 24 hospitals but could not find his body. On June 14th, the school informed the family that there was an unknown corpse that resembled Wang Nan. The family investigation later revealed that the martial law troops obliterated the traces of crimes they committed by burying Wang Nan and two other bodies in the lawn in front of the 28 Middle School (later Chang'an Middle School and then Beijing 161 Middle School) on the west side of Tiananmen. Due to the odor from the bodies, the school intervened. The bodies were excavated. As Wang Nan had just finished his military training, his body was mistaken for a soldier’s due to the clothes he wore and was sent to the mortuary of Huguosi Traditional Chinese Medicine Hospital for storage, where his family eventually found his body.

In Deng Xiaoping’s speech on June 9th, the student movement was labelled as “counter-revolutionary riot”. The crematorium received an order that the deceased had to be screened before cremation. Wang Nan’s family negotiated persistently. Eventually, as Wang’s father Wang Fandi (died of heart failure on December 8th, 2017) was a member of the Jiusan Society, the cremation was finally approved by the Beijing United Front Work Department through the municipal committee. The cause of death on the cremation certificate was “died outside”, as the government tried to cover up the truth. (Exhibit 3)

母親張先玲眼中的王楠
Wang Nan in the eyes of his mother, Zhang Xianling

He was lively, enthusiastic, and passionate about public welfare and helping others. Shortly before his death, Teacher Ma of Yuetan Middle School told me that Wang Nan’s character was one of the best in his class. He respected teachers and cared for his classmates. He was a honest and lovely child.
——母親張先玲 Zhang Xianling, mother 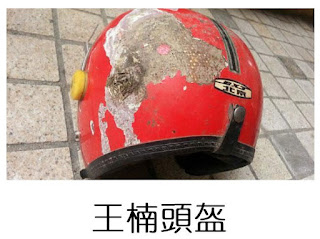 2. 破碎眼鏡 Broken glasses
遇難時所戴眼鏡，左邊鏡片被打碎。
The glasses with the left lens smashed that he wore when killed.

4. 死亡報告單 Death report
1989年6月26日，由北京市衛生局及北京市公安局發出。
上面註明「槍傷在外死亡」，但死亡原因和地點皆為空白。
Issued by Beijing Municipal Health Bureau and Beijing Municipal Public Security Bureau on June 26th, 1989. It notes “gunshot died outside” but leaves the spaces for cause and location of death blank.

5. 橫額 Banner
王楠與同學帶著「人民支持你們」橫額，到天安門廣場聲援大學生。
Wang Nan and his classmates took this banner with the words, “People Support You”, to Tiananmen Square to show their support for university students.